The markets are sending out warning signs to a storm that lies ahead preparing investors to a rough time and shaky grounds to a 10-year-old Bull market – and investors are taking safe haven refuge in the ever secure Dollar.

During the past weekend we have seen the Dollar rising against everything traded against it and as we have stated several times over and over – it is the undisputed king of the currency market and as of now looks like a place where investors run to as concerns rise over the world and stable grounds of the past turn dangerous.

Here are some examples of what is happening:

USDTRY – The currency suffers from ongoing weakness as it drops more than 45% since the beginning of 2018 alone and status in the country turns unstable and the effect widens to other countries/continents – https://www.marketwatch.com/story/turkish-lira-hits-fresh-low-as-erdogans-currency-crisis-echoes-through-stock-markets-2018-08-12 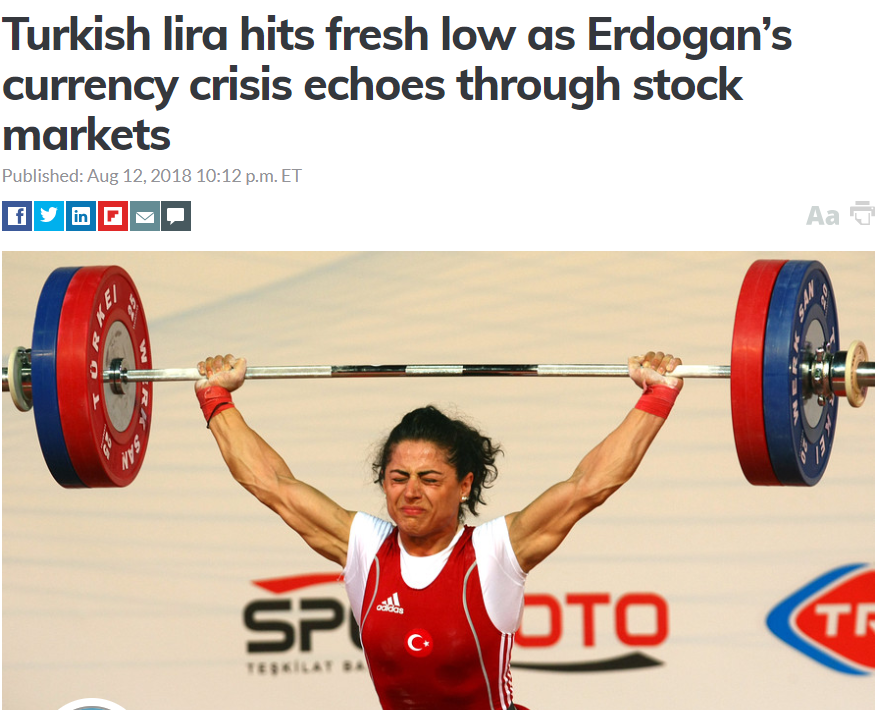 Mr. Donald Trump also tweeted the following only to show that ease will not come from the U.S – but the contrary – more difficulties lie ahead:

I have just authorized a doubling of Tariffs on Steel and Aluminum with respect to Turkey as their currency, the Turkish Lira, slides rapidly downward against our very strong Dollar! Aluminum will now be 20% and Steel 50%. Our relations with Turkey are not good at this time!

This is how the Turkish currency looks as of now:

As the strength of the U.S Dollar gains more against other currencies around the world – the adversary of the U.S in the “trade war” does not go untouched…
The Chinese currency suffers as well:

Stronger currencies such as the EUR and the GBP are also not immune from this
as they drop against the Dollar in the last couple of sessions(as we shown here through the past 3 months now..)

And the GBP as well: 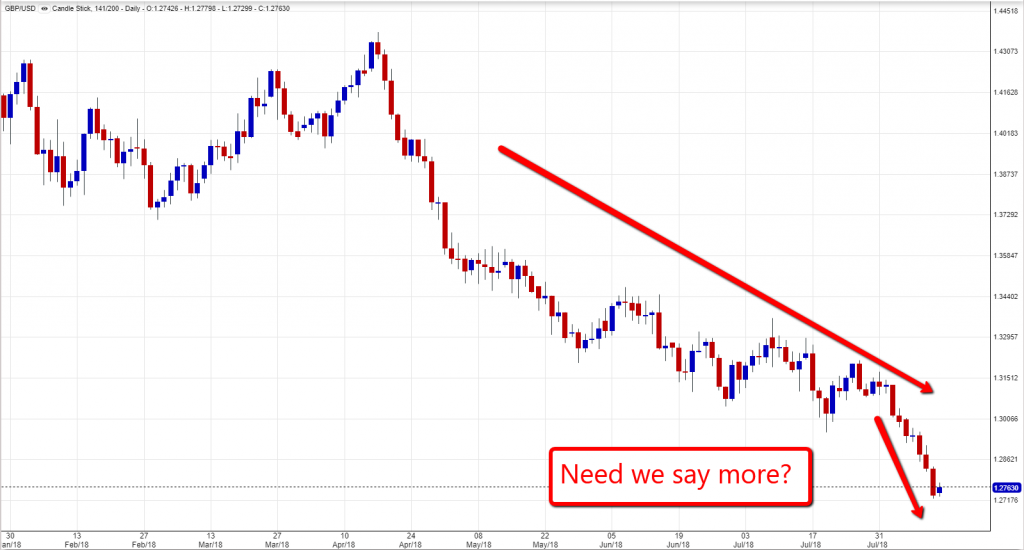 As the Dollar grows stronger and stronger – it is a clear warning sign for the market other economies are dependent on a weak Dollar to serve their debts and a stronger Dollar just heavies them too much – how will they be able to confront this challenge? – let’s see…