There is an old saying form, Baron Rothschild, that: “the time to buy is when there’s blood in the streets.” – he should know since he made a fortune buying in the panic that followed the Battle of Waterloo against Napoleon…

The month of October was a problematic month throughout history:

As the month progresses and the earnings season gets on its way, elections expected 11/4 and rising Interest rates in the U.S – We should expect a lot of movement.

The Dollar keeps getting stronger and stronger against a verity of currencies around the world:

EUR/USD – Keeps getting weaker against the Dollar as the end of the stimulant program in the Eurozone is reaching its end and the Federal bank keeps raising rates when one more is expected(by the majority of the FOMC) in December. 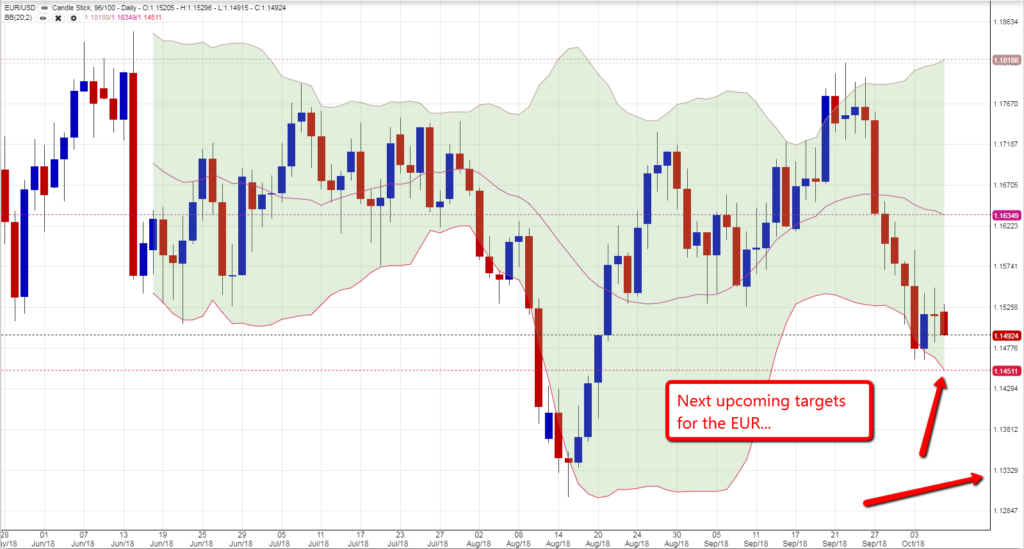 GBP/USD – also follows the EUR and continues to drop against the U.S Dollar – and the trend continues… 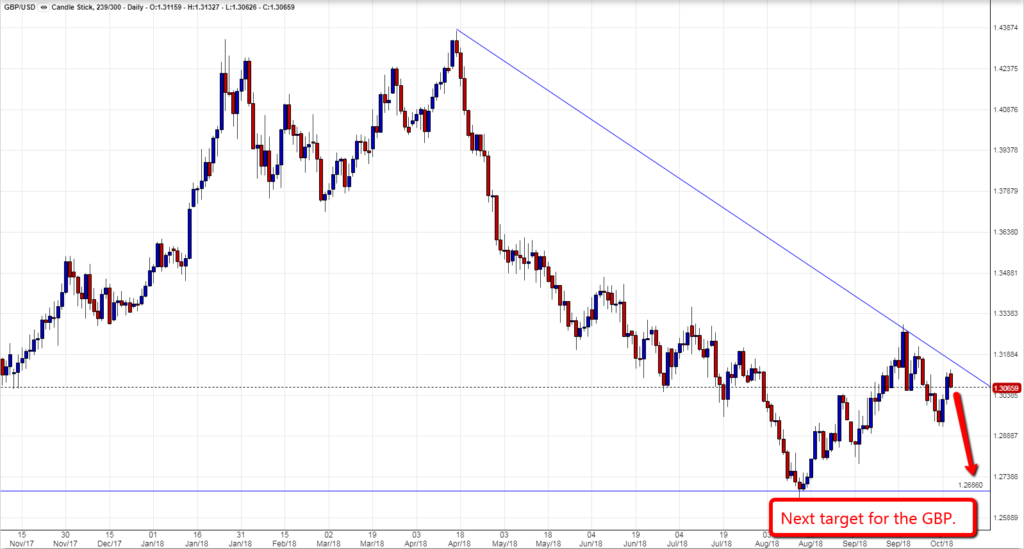 Oil – Continues to rise for the long term and shows some temporary weakness after the end of last week and now has the technical potential to drop towards the stated rates below: 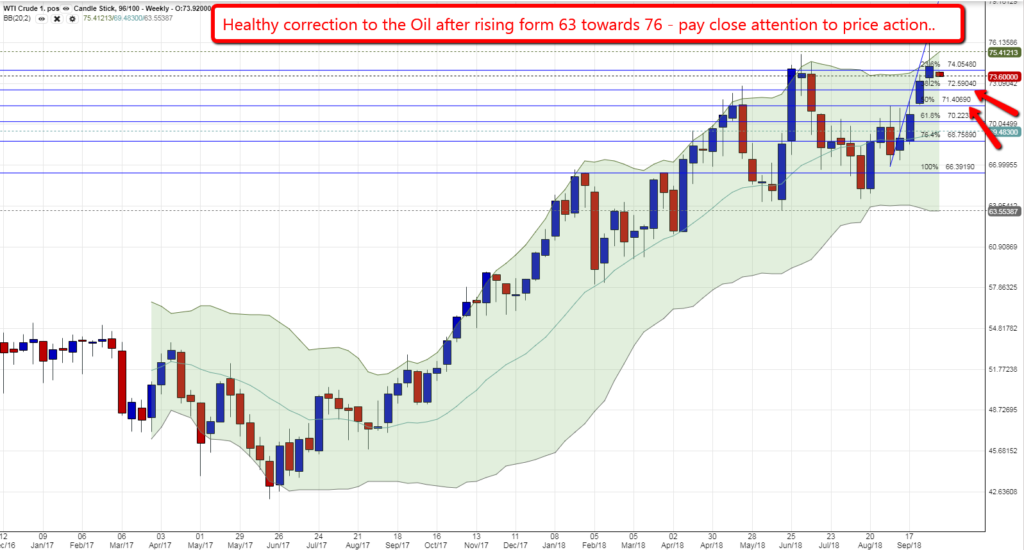 Some of the more highlighted opportunities are the ones which were on the winning side through the past years such as – Amazon, Apple, Google, Facebook, Netflix.

All of these stocks are expected to suffer weakness in an environment of rising interest rates – since people will pay more to the banks and have less to spend of consumption – they will be the first to take the hit – and it started last week and as long as interest rates continue the way they are – the trend continues..

It will be interesting so stay tuned – more to come…